Judicial ruling on the Low Emissions Ordinance (ZBE) of Barcelona 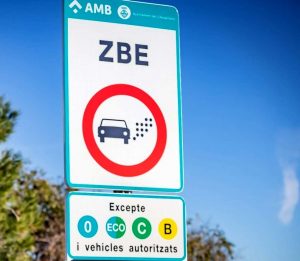 This is a bad week to be a city planner in Barcelona. A judge has struck down the municipal ordinance that created the low-emissions zone (ZBE – Zona de Baixes Emissions) that restricted the entry of older motor vehicles into the city.

The aim of the ZBE ordinance is to reduce air pollution, improve health, comply with EU air quality standards and accelerate the transition to a low carbon city. The ZBE also provided the framework for a future congestion charge scheme, popularized in London and found in other metropolitan regions. The ruling is being contested in higher courts and the ZBE ordinance has not been declared null and void yet, however the prospects are not good.

This ruling is a huge blow to the city, to environmental activists, and anyone working on environmental policy, climate change, air quality, or urban health in the city of Barcelona. This news is a really big deal, and it will take a while for everyone to fully appreciate the implications of what has happened, why, and where this work goes from here.

But what is even more surprising are the reasons the judges use to strike down the ZBE ordinance. The judges point out how the city is making decisions that impact the welfare of residents without sufficiently justifying the policy. I would like to see the original policy analysis (memoria) submitted by city planners, but according to the judges, the submitted policy analysis was too flimsy, too ad hoc and without the rigour needed for a city to implement such an ordinance change. There are sections of the ruling that are just painful to read. It seems that the city did not do the due diligence to support the policy measures being proposed.

To have a major policy initiative fall apart because a judge argues that you have not justified the policy sufficiently…. That must be really painful.

Given this new precedent, how will the city prepare for future environmental policies? What sort of evidence and research will the city need to substantiate its decisions, arguments and projected policy benefits? Will city planners make more of an effort to justify its policy design with stronger analysis, economic and environmental modelling? I hope so, and that would be the silver lining of this ruling. My colleagues at ICTA have done some impressive air quality modelling that examines the impact of the pandemic on air quality, see Badia et al (2021). This ruling might be a blessing in disguise, if policy makers work more closely with the research community to make a stronger case for reforms such as the ZBE, which are urgently needed.

You can read the ruling here: sentencia-ord-59-20