On Friday 13 of May we held a workshop at ICTA-UAB, focused on the development of an urban cycling collaboration platform. This has been the first of many workshops organized in the context of the project Empowering urban cyclists through citizen science, an Eciu Smarter Project.

The objective of the workshop was to get feedback from different stakeholders of Barcelona’s cycling context.

The workshop was structured in the following thee blocks:

In the first part, the focus was on the common issues of urban cyclists. We wanted the stakeholders to identify which were the discomforts that they had when they travelled by bicycle in their city, and which are the main problems that urban cyclists must face. The results, grouped in four categories that are reflected in the following graphic, show that the main concert is related to bicycle lanes, including aspects such as their quality, discontinuity, and lack of connectivity with other transportation means. Safety was composed of road safety concerns and harassment problems. The third category, the more acclaimed were the lack of parking and theft. Inside the Others category, problems such as intermodally, signaling or traffic lights were grouped. 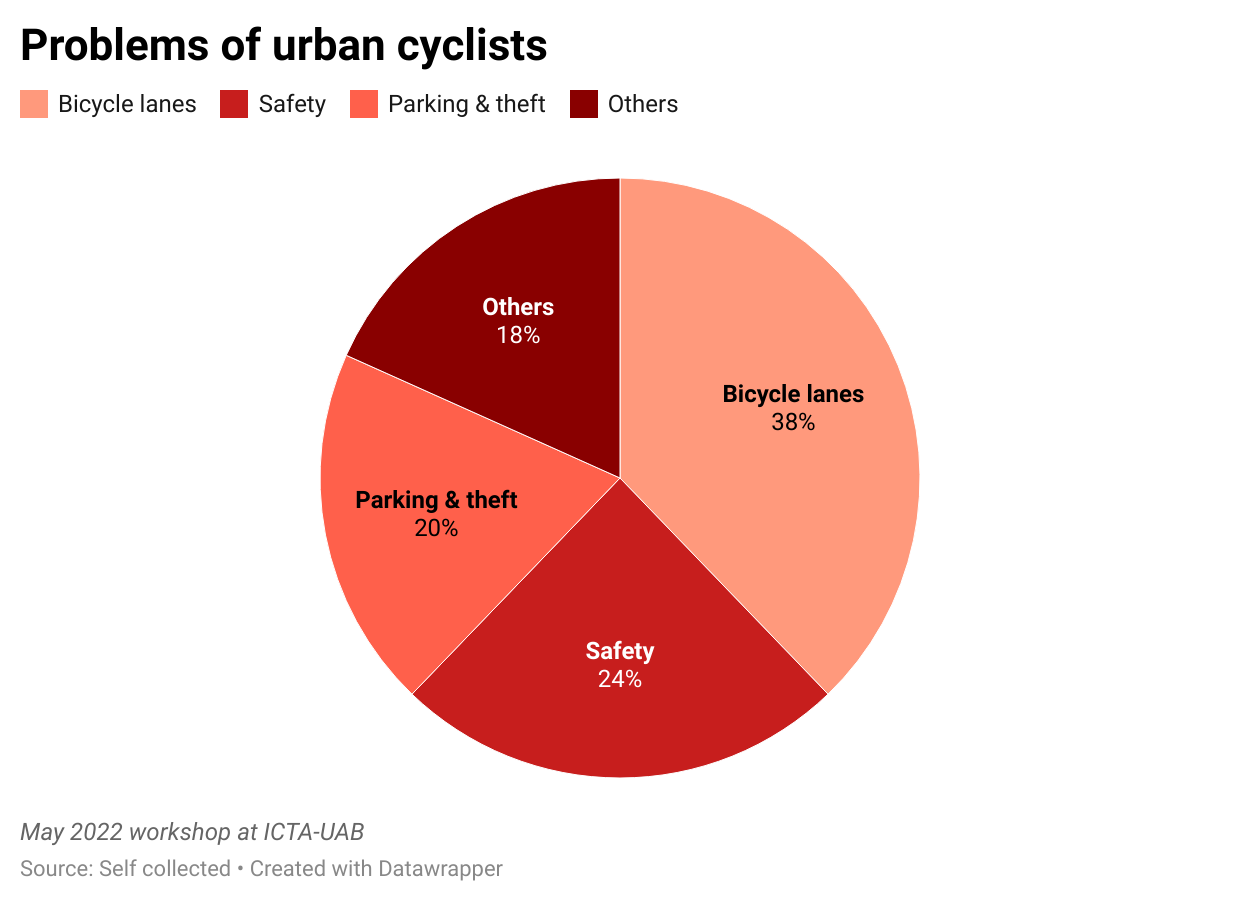 In the second part, the information and data needs of urban cyclists were explored thought the following four questions:

The four questions were meant to explore different dimensions of the information and data needs of urban cyclists. Nonetheless, in all four questions, the more acclaimed category was always related to routing or knowing the cyclists routes. Routing and safe routing were identified as key aspects to improve the cycling experience and planning a trip. Info about the routes taken by cyclists was identified as a useful information to share between cyclists and with the administration. The responses to the first question can be seen in the following graphic, for the other questions, the detailed results can be found in the document. 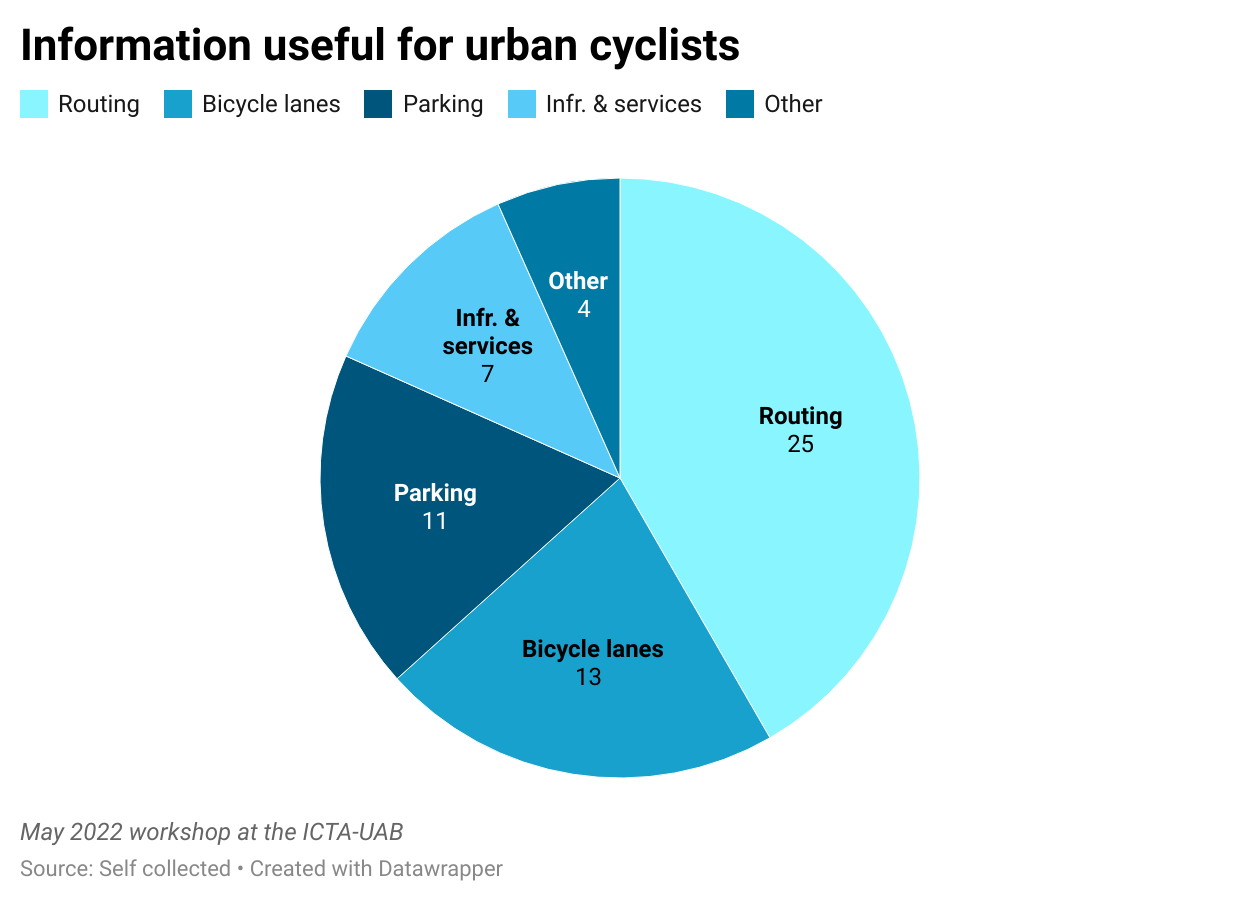 The results of the third part are less structured and considerably more extensive, due to that, they won’t be reflected in the current post. However, some insights can be extracted from the document. 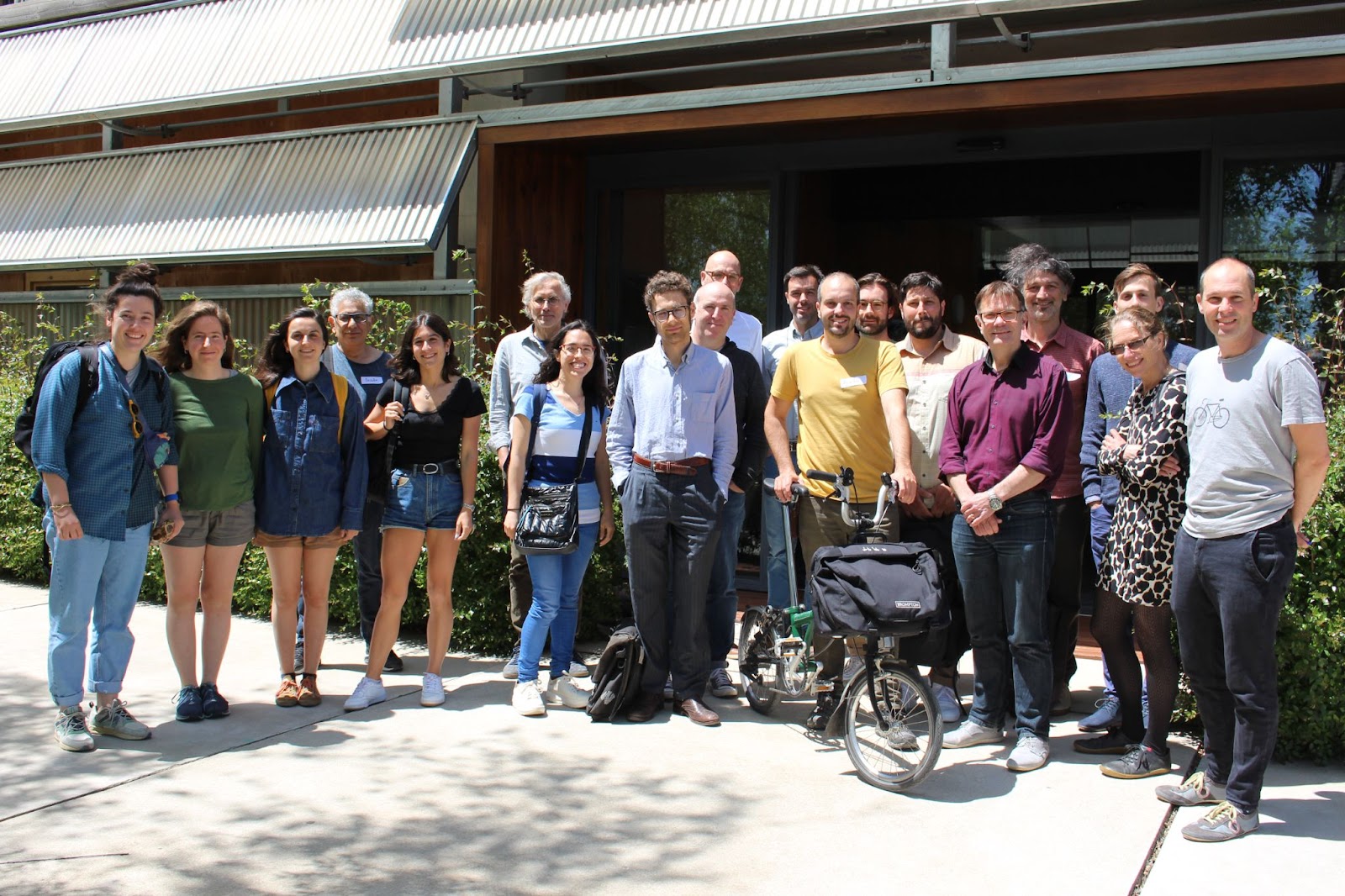