The Case for Formal Urban Experiments

This article was originally published on The City Fix. 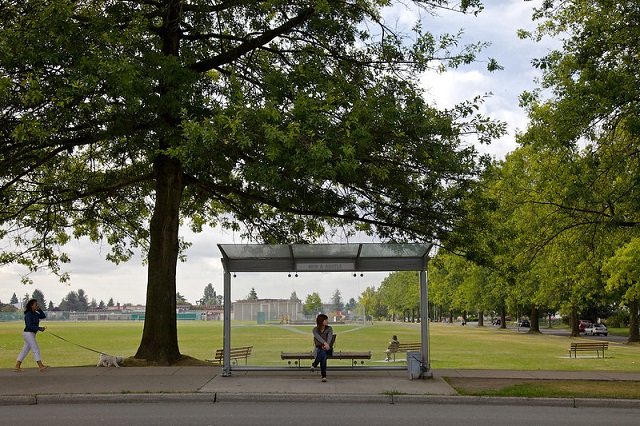 In response to the massive challenges confronting cities around the world, more city planners have begun to experiment with quick, high-impact urban design solutions. From pop-up bike lanes and parklets, to sidewalk extensions, to tactical urbanism safety interventions, many cities have been eager to showcase new, unconventional and innovative solutions to COVID-19, climate change, deepening inequality and more. The idea of developing urban experiments seems to be gaining traction.

In this context, “experiment” simply refers to something not done before. But for research scientists, the term has a much deeper meaning: experiments are formal and systematic approaches to learning about how interventions change the world. Formal experiments in city planning – with randomization and control groups – are exceptionally rare, even though other disciplines use experiments all the time. But if we accept that experimentation must be part of our urban future, why not take our rhetoric about experimentation up a notch? What insights could we gain if we developed and executed formal city experiments?

At the University of British Columbia we conducted the first known public life experiment that included randomization and a control group. Our experiment set out to test ideas by established urban thinkers such as William Whyte, Jan Gehl and Brent Toderian, who posit that “people attract people” in public space. Our aim was to learn how the use and perceptions of a public space might change if we added more people. We developed this experiment on a calm, pedestrianized residential street near the university campus.

The conventional approach for answering this question would be simply to ask people: how would you feel about this public space if it were more crowded? While interviews and surveys can help us answer many questions, they also are vulnerable to intrinsic biases. What we say does not always align with what we do. Or there might be strategic responses by interest groups with a particular agenda. Adopting a formal experimental approach helps get around these problems and tends to produce robust results with a high degree of confidence.

Our question about how public space might change when it was more crowded was also motivated by practical concerns. The university is planning a large residential and mixed-use neighborhood south of the current campus. Our selected corridor will be the primary pedestrian access point to the university, so it is likely to experience a major uptick in the number of pedestrians and public users.

The pedestrianized street checked all the boxes for best practices in street design: traffic-calmed, lush and green, and one can even hear rustling water from a fountain. But what happened when the daily number of users increased? Our experiment mimicked what this pedestrian corridor might feel like in the future in order to understand how the space might be impacted. We were interested in learning both about use patterns (would people stay?) and perceptions of the busier streetscape (did people feel safer? did they like the place?). We hypothesized that the addition of street life would encourage people to stay and improve the perceived quality of the space overall.

Our formal experiment followed the high standards and research protocols developed in the medical sciences, with a clearly defined intervention, randomization procedures, a pre-analysis plan, and the comparison of treatment and control groups. We randomized by hour, adding 10-16 “fake” pedestrians to the space during the randomly selected treatment periods. We made no other changes to the space other than the addition of pedestrian traffic. We collected surveys of individuals’ perceptions with and without our pedestrian treatment and counted the number of people staying during treatment and control hours. The perception survey asked users to score the quality of the public space, if they felt safe, welcome, or if they considered the space vibrant, crowded, noisy or good a place to watch others.

The systematic observation of our experiment allowed us to see patterns that would not have been visible otherwise. As we reported in Environment & Behavior in August 2020 our experiment found, contrary to our hypothesis, that the addition of more public users actually decreased people’s willingness to linger. Perhaps most surprising, we saw that women tended to leave the space when more people were added. The average number of women staying during treatment hours dropped 40% when more people were present, even though most of our “fake” pedestrians were women. When the place got more crowded, men were more likely to stay and women were more likely to leave. There were important gender differences in perceptions as well. In January 2021 we reported in the Journal of the American Planning Association how women were more sensitive to the addition of more people in the public space than men, and felt less welcome when the street was more crowded.

We did not find the improved perceptions of the public space we anticipated. We suspect that we did not see perceived improvements because of the green aesthetic of this pedestrianized street. The calm and verdant ambience may have led people to perceive the space as a place to enjoy nature alone rather than a place designed for active street life. It is not that the space was deemed low-quality with more people – scores were positive in both conditions – rather we were able to detect measurable differences during our experimental conditions.

If anyone had visited the street during our experiment, it would have been difficult to imagine that the place could produce any form of exclusion, nor did we expect to find any. Gendered urban spaces are usually associated with dark, dingy and dirty places, where nearly anyone would feel unsafe. Yet women felt excluded from this space when others were present.

We find that even during daylight hours, in well-designed urban spaces, there are significant gender differences in perceptions and behaviors. Feminist scholars and planners have decried for decades that cities and public spaces are not gender-neutral in large part because nearly all urban places have been designed by men. Our experiment provides additional support for this claim, but with new and compelling empirical evidence. Our results point to how far we need to go in our understanding to make cities more inclusive for women.

While our experiment focused on public life, there are many other ways in which we might be able to design formal urban experiments. Future experimentation may reveal other unexpected ways in which urban interventions change our lives and our cities. City planners are not trained to think experimentally. It is not part of the curriculum or professional vocabulary. Yet in the next decade, this will change, as we see more cities develop formal experiments to understand urban dynamics.

We talk a lot about urban experiments. Now it is time to formalize them.